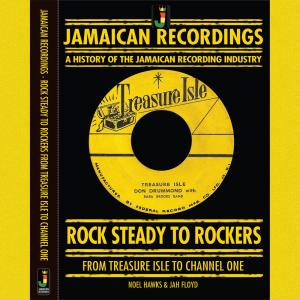 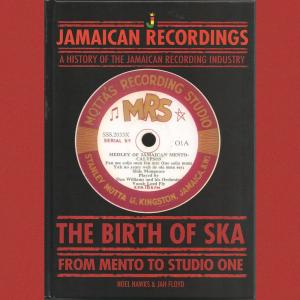 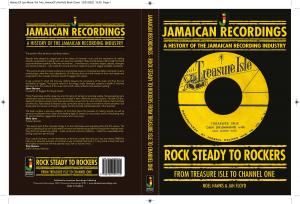 a stunning collection of hard facts about the business of making records, as well as personal recollections from many of the leading lights of Jamaica’s music scene...”
— Chris Lane, Fashion Records

The growth of the Jamaican recording industry…
Records have played an integral part in the history of Jamaican music and the importance of making records, as opposed to making music, can never be overstated. These are the stories, told through first-hand accounts wherever possible, of the men and women… manufacturers, musicians, singers, deejays, arrangers and record producers… who made the records and who made the sound of reggae available worldwide.

“This volume of what promises to become a crucial series covers in comprehensive fashion Jamaican music’s pivotal phase, when the music absorbed its US influences from soul and moved on from rock steady and progressed to the uniquely Jamaican sound of reggae and rockers.
It was a period in which old and new rhythms became the cornerstone of the music and thus the true foundation of reggae. This second volume in the trilogy, amply illustrated, contains a wealth of interview testimony from the creators of the music and is both utterly authentic and essential reading.”
- Steve Barrow, Co-author of ‘Reggae The Rough Guide’

“Noel Hawks takes another deep dive into the history of Jamaica’s recording studios, the businessmen who owned them and the record producers who worked in them. While the previous volume, ‘The Birth Of Ska’, dealt with Jamaica’s nascent music business and the journey, from its mento and folk roots to rhythm & blues and then ska, ‘Rock Steady To Rockers’ picks up the story as ska is about to transform into the smoother rock steady style and carries us through to reggae and the sonically sophisticated dub of the Seventies.
The book contains a stunning collection of hard facts about the business of making records, as well as personal recollections from many of the leading lights of Jamaica’s music scene, and is a fascinating read for record collectors, reggae fans and anyone who loves music."
- Chris Lane, Fashion Records

“The second part of this important trilogy is no less informative and engrossing than the first volume. The author’s blending of his own authoritative narrative and entertaining quotes from people who watched everything that’s chronicled here unfold… artists, producers and early collectors… makes for a seamlessly entertaining read from start to finish.
If you couldn’t be there, or even thereabouts, at the time consider this book your very own literary TARDIS to help you to relive the evolution of Jamaican music at (almost) first hand. I’m very proud to have had even the smallest involvement with this essential read. Roll on Volume Three…”
- Tony Rounce, Author & Music Historian