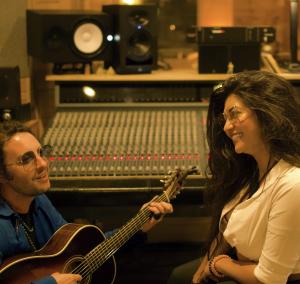 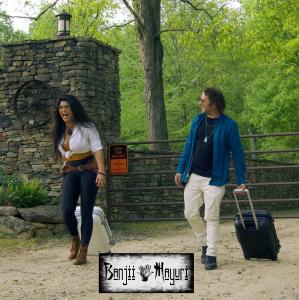 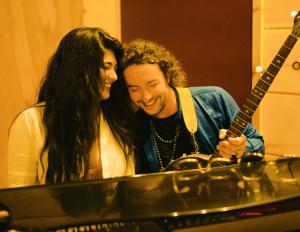 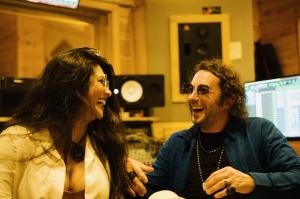 LOS ANGELES, CA, UNITED STATES, May 5, 2022 /EINPresswire.com/ -- – Following the success of “Gaslighted,” Georgia-based, music duo Banjii and Mayuri announce the release of "One Way Ticket," which will be available world wide this Summer, 2022. "One Way Ticket" is an upbeat visual feast that continues the award-winning 7 part music video saga “UnCommon Love Story.” The song is the fourth installment and the beginning of Part 2 of the series. For UnCommon Love story, Banjii & Mayuri have been traveling the US since September 2021 and capturing their real life in songs and music videos filmed across the country.

The series so far has brought to audiences three music videos of original songs filmed in Arizona, California, and Georgia respectively. The unconventional series has garnered support and attention across music and film festivals worldwide and has won a number of international awards including the Global Music Awards, International Music Video Underground, Cannes World, World Film Carnival – Singapore, Barcelona International, Oniros - New York, 4th Dimension Independent – Thailand, Jaipur International, and Los Angeles based Global Shorts, Independent Shorts and IndieX. The popularity of the series is attributed to its ability to create a cohesive audio and visual experience by infusing a new form of story-telling based on real-life with sharp direction and editing, and soulful music.

"One Way Ticket" is being filmed in New York City. Similar to the previous releases, the song continues to follow the eastern concept of the seven chakras, on which the series is loosely based. This particular song highlights the heart chakra, which is the fourth chakra. According to eastern philosophy, the chakras are energy centers located in the body, each associated with a specific emotion and characteristic. “One-way-ticket” reflects love, community value, freedom, and celebration of humanity and diversity. Future video episodes will be released throughout 2022 and 2023, with each video exploring new locations, different topics, and the remaining chakras which are expression, intuition, and connection with the divine.

UnCommon Love Story is being produced by Kahani Records which is an independent record label and production company founded by Banjii and Mayuri in 2021. Born out of Banjii & Mayuri’s desire to tell their own story in an unencumbered and honest way, Kahani Records is now well-positioned to bring to audiences, other previously unheard global voices that inspire, motivate and facilitate connection through storytelling via the platform of music and film.
In keeping with the intention to bring forth new storytellers, Kahani Records is excited to announce the release of “Toy Llama” on June 1st 2022 by Willow and Banjii, which is the worldwide premier of their 14 year old son on the music scene. Willow’s first original single is a beautiful and introspective look into the brilliant mind of a teenager, facing the world.

"One Way Ticket" by Banjii & Mayuri and “Toy Llama” by Willow & Banjii will be available on major music platforms, including YouTube. Visit their website and Instagram to learn more about their upcoming endeavors.

Banjii is an award winning multi-instrumentalist and singer-songwriter from the mountains of Georgia, with four successful albums in his portfolio (published as Jason Kenney). Mayuri is an award-winning filmmaker, Indian classical dancer and a business strategy expert with nearly a decade of experience advising Fortune 500 companies. Together they founded the independent record label and production company Kahani Records. Kahani Records provides musician's strategy, songwriting, recording, and music video development services.

They believe each artist is a brand, business, and story and want artists to feel empowered and confident when telling their story and sharing their work. Therefore, they strive to reveal the artist's true self to allow clients to connect more deeply with their audience. Together, they have taken Kahani Records on the road for their latest project, "Uncommon Love Story," a collection of seven music videos in different locations in the USA. In addition, the record label provides artists a platform to advance to the next level using their business expertise, mobile recording studio, and talented audio-visual team.