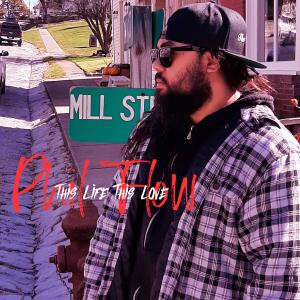 This Life This Love - Phil Flow

Breaking into the Hip Hop scene with his stirring new album, ‘This Life This Love’, dynamic singer-songwriter Phil Flow is beating all the odds

ST. PETERS, MISSOURI, UNITED STATES, May 4, 2022 /EINPresswire.com/ -- A breakthrough artist making the rounds in Hip Hop, Phil Flow is bound to become a roaring hit. Having recently released his new album, ‘This Life This Love’ on March 25th, 2022, the promising singer-songwriter hopes to soar to new heights and enter life’s new avenues with his exciting debut.

‘This Life This Love’ is a memoir to life, echoing Phil’s many struggles and paying testament to his indomitable courage, unfettered and unbroken spirits, and enviable self-discovery. With his new release, the artist hopes listeners can delve deeper into the music and traverse their own pathways towards self-actualization.

The artist decided to release his album on his birthday, not only to make it special but to signify the release as the rebirth of his music career. Having battled several testing trials, Phil’s music manifests a recollection of everything that inspired him in hard times- people, places, things, events, love, art, emotions, and wonder.

Working with producers like Robert Ortega from Oxnard, California, and Kewen Nordelis from Nassau, Bahamas has brought Phil to create music that he really enjoys making and listening to. The new release marks the culmination of the artist’s years of hard work and dedication.

“This Life isn’t always what we want it to be, and we aren’t always who we are inspired to be; but wherever, and whoever we might be at the time of hardships, or success we must never give up, because it’s in those times when you discover how strong you really are,” says the artist about his album.

Visit Phil’s website at philflow.com to download the artist’s newest releases, purchase his merchandise, and stay up to date with latest news, contact information, and more. Follow him on all social media platforms as he is trying to grow his fan base and connect with listeners. Be among the first to discover this new artist and add Phil Flow’s music to your playlist today!

Phillip Flores, better known by his artistic name Phil Flow was born on March 25th, 1983, in Northern California. The eclectic artist grew up on the outskirts of St. Louis Missouri in the city of St. Peters. Empowered by a driving passion for music at a young age, Phil Flow decided to pursue a career in music at the age of 19. Flow’s musical voyage began with a group of local friends who helped the artist develop his talents coupled with a local record company.

Performing numerous shows in and around the city, Phil Flow was exposed to several avenues, honing his skills and learning in the studio, whilst simultaneously searching for the perfect sound that many independent artists or producers would hope for.

After a series of failed attempts to connect with group members and the label, Phil decided to part ways and pursue a career on his own. He re-evaluated his goals and decided to focus on his own voice, unlike many around him that gave up on their own talents. Starting over in 2008, the artist has continually progressed, armed with an enviable work ethic, achieving his life-long goal of launching his very own independent record label “83 Beats LLC”.