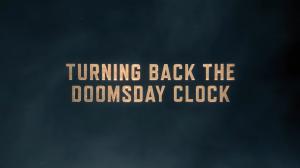 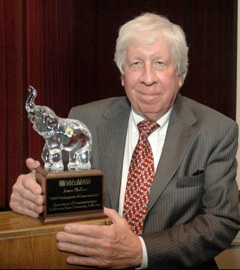 I would confidently indicate the world is clearly significantly more dangerous than in the Cold War era.”
— Jim Thebaut

LOS ANGELES, CA, UNITED STATES, May 11, 2022 /EINPresswire.com/ -- Nina Khrushcheva, an academic whose great-grandfather Nikita Khrushchev was the leader of the Soviet Union during the 1962 standoff, warned the conflict in Ukraine is more dangerous because neither side appears prepared to "back off". The world is' closer now' to nuclear war than the Cuban Missile crisis says, Khrushcheva.

Jim Thebaut, President and Director/Executive Producer of Chronicles Group, Inc, and his Turning Back the Doomsday Clock Project is in agreement with Khrushcheva. "I would confidently indicate the world is clearly significantly more dangerous than in the Cold War era," states Thebaut. "But as previously indicated, I consider Putin’s current nuclear threats more manipulative rhetoric, but it’s also impossible to dismiss the dangerous consequences considering Russia‘s capabilities."

Khrushcheva's concerns about escalation were echoed by former MI6 chief Sir Alex Younger, who said the "discipline of deterrence" that helped both sides back down in 1962 appears to have been lost. Sir Alex told the program that aggressive rhetoric from Russia was in part an attempt to "bully" and "intimidate" the West, but the situation should still be taken seriously.

Thebaut continues, "Up until recent years, the reality of the use of Nuclear weapons has been trivialized. by society. The weapon has only been used twice in warfare in the bombings of Hiroshima and Nagasaki in 1945 to end World War 11. But as Robert McNamara and Robert Gates indicated it was Luck that Nuclear War was prevented during the Cold War."

"An entire generation has evolved in the world without giving a nuclear threat existence more than a passing thought. However recently the former President of the United States Donald Trump, Russian Federation President Vladimir Putin, and North Korean Leader Kim Jon Un has threatened their use. There are seven other countries that are members of the nuclear weapon club equation and there is an estimated 13,890 Nuclear Warheads now in existence. In addition, Nuclear Trafficking of dangerous technology creates an ongoing threat of it falling into the hand's terrorists. Russia has the most warheads with 5,977 followed by the US with 5,428," states Thebaut.

Ms. Khrushcheva said despite a "war of words" during the period of Cold War brinkmanship, both President John F Kennedy and Khrushchev agreed to de-escalate as soon as there was a real threat of nuclear action.

"Countries with nuclear weapons have command and control systems of their nuclear arsenals in place performed by usually military to avoid accidents, but it really doesn't eliminate the possibility of insanity prevailing in a moment of desperation or intimidation to prevail in a tense situation. Scientists have calculated and concluded a nuclear war exchange of 100 warheads would end humanity," concludes Thebaut.