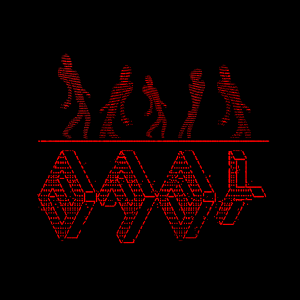 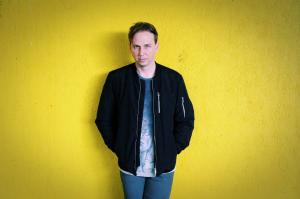 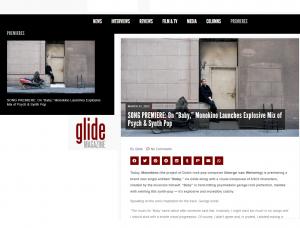 "Monokino and the full throttle psych garage rock "Baby" has got a lead foot and jamming guitars." - American Pancake

Today, Monokino (Amsterdam, The Netherlands) shares a brand new single entitled "Baby." The track's accompanying visual, created by Monokino himself, is made entirely of ASCII characters and has a stylistic kind of retro-futurism perfectly befitting of Monokino’s sound.

"It’s a sort of magic, really, one that derives from possessing both an insatiably primal dance juggernaut of a beat in stride with razor-sharp production values, and we’re here today to bring you exactly one such insta-classic." - StereoEmbers

"With support from the late Janice Long on BBC Radio and Dutch and American stations, fast-rising artist Monokino is back once again to share his energetic new effort 'Baby' - he bounces through this new cut with gusto and finesse, leaving us more than ready to hear what he has in store for the future." - Mystic Sons

Monokino is the alias for Dutch pop composer George van Wetering who also formed and fronted the indie band of the same name and was once part of the growing roster of foreign acts released by Chinese record company Modern Sky. Taking cues from artists across the cultural spectrum, Monokino was once hailed as "the industrial goth band before the EDM cult of personality took over." Monokino gained a large following in China while also gaining traction in North America. He completed five consecutive tours of China and North America, visiting landmark festivals from China’s Strawberry Festival to SXSW in the US.

"Stylised new earworm Baby is another illustration of Monokino’s distinctive, quirky approach to song writing and his technicoloured imagination. The infectious, high-octane track is on a high-speed acceleration throughout with a rush of hyper-fast beats and infectious rapid fire guitar riffs laced with Monokino's distinctive transatlantic drawl."

“A woozy fusion of alternative-rock and off-kilter electronics that certainly deserves your attention.” The Vinyl District