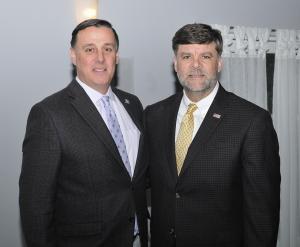 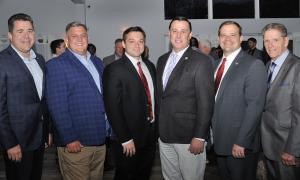 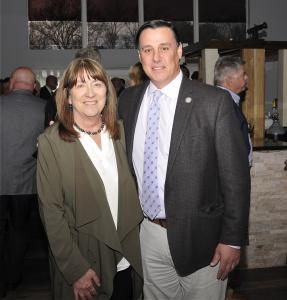 The most important aspect of the “Take Back New York Agenda” is to give judges back discretion and to set bail based upon the dangerousness of an individual.  Almost every other state does that.”
— Senator Anthony H. Palumbo

As a strong advocate for law enforcement, Senator Palumbo has led the fight against bail reform laws in the state of New York to keep communities safer and to make the jobs of law enforcement less dangerous. Senator Palumbo’s initiative to "Take Back New York” seeks to reverse the failed criminal justice policies and strengthen public safety within these communities. The New York State Senator is working to refine the criminal justice system by passing legislation boosting law enforcement’s ability to protect neighborhoods, and aid crime victims and their families. Palumbo is proposing the repeal of no-cash bail, the return of judicial discretion, the investment in law enforcement and an end to efforts to de-fund the police, the reform of the parole system, and the passage of a victim’s justice agenda.

“There is a dynamic, particularly in the Democratic party, where you have a really progressive group that doesn’t want any type of criminal justice at all, not just reforms. They do not want any real punishment because they feel that the system has been broken for a variety of reasons, but the cause and effect is certainly debatable. When this policy was implemented during the budget in 2019, I argued against it. At that time, I was in the Assembly and was the ranking Republican on the Judiciary Committee. I come from a law enforcement background. My father was a former homicide detective and as a former prosecutor myself, I explained that many of these crimes, that the bill is rendering ineligible for bail, are serious crimes," said Senator Palumbo.

In addition to many of the policies for which Senator Palumbo advocates, he has successfully passed a constitutional amendment stripping corrupt politicians of taxpayer funded pensions. Senator Palumbo is dedicated to bringing economic improvement to Long Island, and he is a staunch supporter of tax reform to assist New York families in saving thousands of dollars through a substantial tax-cut bill. He has helped homeownership for first time buyers by making It more affordable, he remains committed to making education a priority, and he is determined to improve water quality and the environment on the East End of Long Island.

“The problem with what we are seeing in New York is we have one party rule,” said Senator Palumbo.  “They have super majority in both houses and we have a governor who is playing right along with it.  That’s why I am really hopeful we are going to have a really good shot this November to take the House back and at least the Senate.  We have an excellent candidate in my congressman, Lee Zeldin and I am rooting for him.  Just that balance is what we need.  Someone who can bring that common sense back to the New York state legislative.”