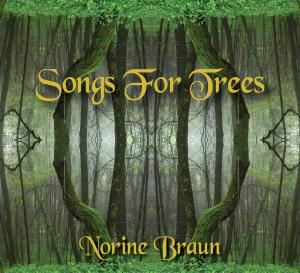 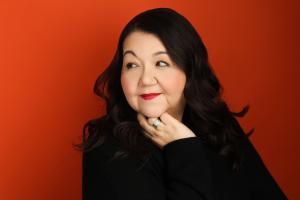 Canadian singer-songwriter recording artist Norine Braun Braun is set to release her 13th album, the groove oriented Songs For Trees on May 4 2022.

powerfully heavy yet irresistibly flowing”
— Darryl Sterdan - Tinnitist
VANCOUVER , BC, CANADA, May 3, 2022 /EINPresswire.com/ -- Vancouver based singer-songwriter recording artist, Norine Braun is set to release her 13th album, the groove oriented Songs For Trees on May 4 2022. Thanks to a Canada Council For the Arts Award and a First Peoples’ Cultural Council Award in 2021, Norine set her musings during the ongoing pandemic last year to focus on climate change and the healing power of trees. Songs For Trees is a concept album and the idea is to take the listener on a walk through the forest. The artist's hope is the journey will inspire people to help protect these magnificent beings. Trees are the lungs of the planet and we need them for our survival. 10% of net profits from digital downloads and CD sales from Songs For Trees will be donated to Tree Canada and One Tree Planted.

Songs For Trees album was produced by Adam Popowitz, who also played lead guitar and bass alongside Elliot Polsky on drums and percussion, Alice Fraser on keyboards, and Huggybear Leonard on blues harp, harmonica, ocarina and penny whistle, with Braun supplying rhythm guitar in addition to lead vocals. Mixed and Mastered at Rear Window Song and Sound. All words and music written by Norine Braun,.

The Canadian singer-songwriter’s upcoming 13th album Songs For Trees first previewed The Burning as a single which was truly a trial by fire. Written during the ongoing pandemic and while a heat dome and heat wave ravaged her British Columbia homeland, the powerfully heavy yet irresistibly flowing cut was recorded during the searing, out-of-control wildfires that devastated the province. Inspired by the need to save the ancient trees and to live sustainably — and using Dante’s Inferno and his descent through hell as inspiration for her potent lyrics — Braun ponders the times we are living in and takes you on journey through the forest filled with joy, wonder and movement.

Hot on the heels of The Burning, SEX IN THE FOREST is the second single from the upcoming Songs For Trees album.
This chill house vibe was inspired by the reproductive cycle of the Coast Douglas Fir tree which are monoecious or hermaphroditic meaning it contains both the female and male cones necessary for reproduction to take place, all within the same plant. They are self sufficient in the continuity of their species.

RED MAPLE  was inspired by a large maple tree Norine says, "that sits in front of our living room facing south in a 3 story apartment. Through out the years we watched a pair of crows raise their family on her branches, raccoons spending a night, squirrels, hummingbirds, robins and flickers resting or playing on the branches. The beautiful tree fills up our balcony in the summer giving us shade and privacy and beauty year round.Red Maple intends to capture their beauty and joy.  In these challenging times it's good to be reminded of the simple sweetness of maple trees and just be."

The song Mother Tree is a tribute to her mother who passed away last year during the writing of the album as well as inspired by the work of Dr. Suzanne Simard who discovered that trees interact with each other underground and form a kinship. Seedlings depend on these mother trees for survival in stressful conditions. Mother trees are the old ancient ones and keeping them intact helps regeneration and conserve carbon storage ultimately keeping the planet alive.

For more infö and to hear the album visit www.norinebraun.com