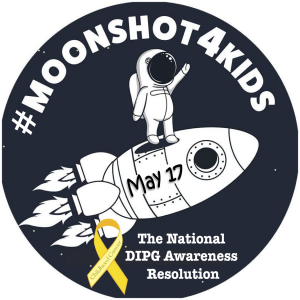 Because every child is a life, not a number.

The Cure Starts Now, leader for the Homerun Cure concept for DIPG/DMG 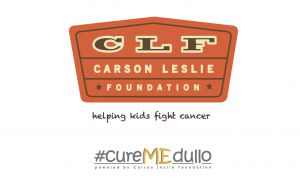 May 17 panel assembles to alert the Federal Government of the suffering and deaths of children with brain cancer, a leading killer of children in the USA.

Now is the time is now for a Moonshot for Children.”
— Michelle LeBeau, CPRIT

The briefing features the testimony of leading scientists and clinicians in pediatric neuro-oncology, leaders in biotech specializing in pediatrics, charitable organizations, bereaved parents and families currently enduring the throes of diffuse intrinsic pontine glioma (DIPG), the deadliest childhood cancer, medulloblastoma the most commonly diagnosed, and DMG, diffuse midline glioma. The targeted audience, Members of Congress and the White House Office of Science and Technology Policy leading the Cancer Moonshot Initiative, is to be briefed on the urgent, unmet needs of children afflicted with brain cancer and the call to expedite solutions for them.

"Children with brain cancer are a largely invisible population," says Janet Demeter, President of Jack's Angels, a founder of DIPG Advocacy Group in Agua Dulce, CA, "amid current narratives about childhood cancer that are misleading at best. Most don't realize the prevalence of childhood brain cancer, or the fact that it's one of the leading causes of childhood mortality in the United States. DIPG is the deadliest childhood brain cancer and the second most commonly diagnosed in children. It has the same death prognosis and standard treatment protocol today as when Neil Armstrong's daughter Karen died in 1962, yet, with the technology of the day we sent men to the moon and brought them home safely. In the spirit of the Moonshot, together we can do anything when we put our minds to it. But, out of sight and mind, we do not invest in saving these children; in fact, the medical research investment culture typically does not prioritize children. As a promise I made to President Biden at the Cancer Moonshot Announcement on Feb. 2 of this year, the Moonshot4Kids Briefing on May 17 will make the case to the Administration to target the deadliest cancers known to humankind killing our children, and to Congress to pass the DIPG Awareness Resolution once and for all."

The Briefing, which is to run approximately 80 minutes, is being hosted in collaboration with the Offices of Congresswoman Debbie Dingell (D-MI-12), and Congressman David Joyce (OH-14), the lead sponsors of the bipartisan-supported H. Res. 404, the DIPG Awareness Resolution, and Congressman Michael McCaul, Founder of the Childhood Cancer Caucus. A celebratory reception is scheduled for the evening prior to the Briefing, 6:30pm on May 16 at the Marriott Hotel at Metro Center, to celebrate key members of Congress and the Senate who have supported the success of the DIPG Awareness Resolutions, and to allow more detailed presentations by NKORE, National Brain Tumor Society and CPRIT, the leading state-level organization for childhood cancer research in the United States. "Conquering cancer is a team sport, requiring an unprecedented federal investment in pediatric oncology, forward-thinking State investment...now is the time is now for a Moonshot for Children." --Michelle LeBeau, PhD, CSO, CPRIT

For event information and registration details, visit the event info page bit.ly/ms4k-briefing, or write to dipgadvocacy@gmail.com.