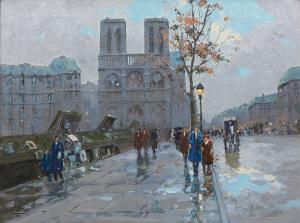 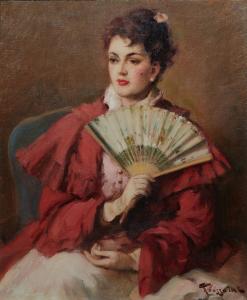 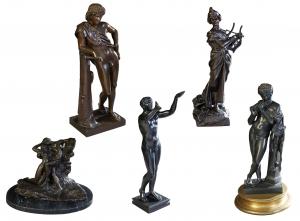 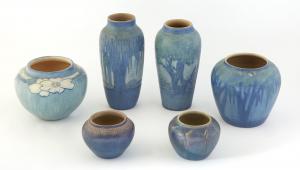 Fans and collectors of Newcomb Pottery Are in luck: the auction features six fine pieces of matte glazed examples. 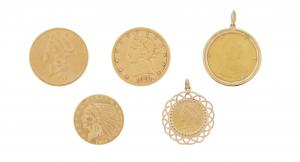 A selection of six gold coins will be offered in Crescent City Auction Gallery’s Important May Estates Auction, scheduled for the weekend of May 13th and 14th.

The auction will also include French, English and American period furniture, porcelain, pottery, silver, mirrors and decorative items -- over 900 lots in all.

NEW ORLEANS, LA, UNITED STATES, May 2, 2022 /EINPresswire.com/ -- Gorgeous original oil paintings by Fernand Toussaint (French/Belgian, 1873-1956) and Andre Gisson (American/French, 1929-2003), six fine pieces of matte glazed Newcomb Pottery, a collection of bronzes (including a great example from Harry Jackson, American, 1924-2011), wonderful sterling silver (including a large pair of German .800 silver covered urns), and a selection of six gold coins will all be part of Crescent City Auction Gallery’s Important May Estates Auction, scheduled for the weekend of May 13th and 14th.

The auction will be held online and in the gallery at 1330 Saint Charles Avenue in New Orleans. Start times are 10 am Central time both days. More than 900 lots will come up for bid, in categories that include French, English and American period furniture, original works of art by noted local and regional artists, porcelain, pottery, bronzes, silver, mirrors and decorative items.

Exhibition previews will be held daily, May 4th thru 12th (except on Saturday and Sunday), in the Crescent City gallery, which is located at 1330 Saint Charles Avenue in downtown New Orleans.

Internet bidding will be provided by LiveAuctioneers.com, Invaluable.com and BidSquare.com. Absentee and phone bids will be accepted until 1 pm Central time the day before the auction. A 25 percent buyer’s premium will be applied in-house (three percent discount for cash or check). A printed catalog is available; call 504-529-5057 or email info@crescentcityauctiongallery.com.

Crescent City Auction Gallery is always seeking quality consignments for future auctions. To consign a single item, an estate or a collection, you can call them at (504) 529-5057; or, you can send an e-mail to info@crescentcityauctiongallery.com. All phone calls and e-mails are confidential.

For more regarding Crescent City Auction Gallery and the Important May Estates Auction scheduled for the weekend of May 13th and 14th, visit www.crescentcityauctiongallery.com.