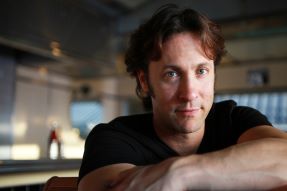 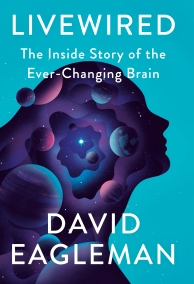 HOUSTON, TEXAS, UNITED STATES, May 3, 2022 /EINPresswire.com/ -- One of the world’s leading science communicators, Stanford University neuroscientist and best-selling author David Eagleman, will discuss his latest book about brain plasticity, Livewired: The Inside Story of the Ever-Changing Brain, in a free livestream Thursday, May 12, at 7:30 p.m. CT.

The livestream is a recording of Eagleman’s recent appearance in Houston and includes a Q&A led by Dr. Aziz Shaibani, medical director of Houston’s Nerve and Muscle Center of Texas, and Randall Morton, Progressive Forum founder.

Attendees can read more and register at: https://www.progressiveforumhouston.org/event/david-eagleman-livestream.

Livestream attendees will receive a 15% discount on Livewired.

Covering decades of research to the present day, Livewired presents new discoveries from Eagleman’s own laboratory, from synesthesia, to dreaming, to wearable neurotech devices that revolutionize how we think about the senses.

The Wallstreet Journal said, “Livewired reads wonderfully, like what a book would be if it were written by Oliver Sacks and William Gibson, sitting on Carl Sagan’s front lawn.”

Eagleman is a neuroscientist at Stanford University, an international bestselling author, and a Guggenheim Fellow. He is the writer and presenter of “The Brain,” an Emmy-nominated television series on PBS and BBC. Dr. Eagleman’s areas of research include sensory substitution, time perception, vision, and synesthesia; he also studies the intersection of neuroscience with the legal system, and in that capacity directs the Center for Science and Law headquartered in Houston. Eagleman’s other books include The Runaway Species, The Brain, Incognito, and Wednesday is Indigo Blue. He is also the author of a widely adopted textbook on cognitive neuroscience, Brain and Behavior, as well as a bestselling book of literary fiction, Sum, which has been translated into 32 languages, turned into two operas, and named a Best Book of the Year by Barnes and Noble. Dr. Eagleman writes for the The Atlantic, The New York Times, Discover magazine, Slate, Wired, and New Scientist, and appears regularly on National Public Radio and BBC to discuss both science and literature. He has been a TED speaker, a guest on “The Colbert Report,” and profiled in The New Yorker magazine. He has spun several companies out of his lab, including Neosensory, a company that uses haptics for sensory substitution and addition.

Helping to make this event possible is an anonymous sponsor and our generous donors throughout the year.

About The Progressive Forum

The Progressive Forum is the nation’s only lecture series expressly dedicated to progressive values. It’s one of the largest lecture series of any kind, producing in-person events with companion worldwide livestreams. It seeks to present the great minds from all the fields of human endeavor with answers towards the success of the individual, our species, and life.

For more background on The Progressive Forum, go to ProgressiveForumHouston.org/about-us.