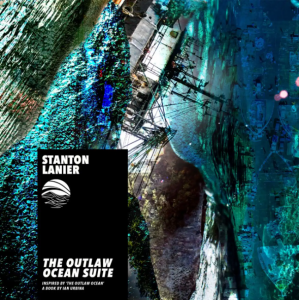 I want each track to take the listener along with Ian to viscerally see, feel and experience every aspect of The Outlaw Ocean.”
— Stanton Lanier for The Outlaw Ocean Music Project
WASHINGTON, DISTRICT OF COLUMBIA, UNITED STATES, May 9, 2022 /EINPresswire.com/ -- In a thought-provoking video, pianist Stanton Lanier explains the inspiration behind his collaboration with investigative reporter Ian Urbina to draw attention to human rights and environmental abuses at sea within The Outlaw Ocean Music Project.

The Outlaw Ocean Music Project, run by the label Synesthesia Media, is a global and expansive effort to disseminate The Outlaw Ocean Project’s investigative journalism to a broader audience by releasing music inspired by offshore reporting.

Spanning genres from classical to hip-hop to electronic, hundreds of musicians from around the world have joined the effort. Many of the artists who participate in the project draw from an audio archive of field recordings captured by Urbina while reporting offshore.

Stanton Lanier is a pianist, composer and orchestrator with a passion for touching lives through instrumental music. He has released 143 tracks from 12 albums and singles, which are enjoyed by millions of listeners around the world as life soundtracks for moments of peace and inspiration. He recently earned his Professional Certificate in Composing and Orchestrating for Film and TV from the Berklee School of Music to expand his work in composing for media.

In the video posted by The Outlaw Ocean Project, Stanton Lanier discusses his use of the ambient field recordings and how he composed his music around them. He elaborates further on his creative process and reflects on the unique roles the written word and instrumental works have in creating a visual landscape in the mind of the listener.

“The written word — be it in journalism or through song lyrics — helps frame a story and listener’s thoughts, where-in my instrumental works provide a way to visualize their own landscape as they listen,” Lanier said.

The composer adds that the melding of music and written word offers an audience a deeper freedom to create their own emotional journey as they consume these evocative stories through the different mediums of the project.

“The Outlaw Ocean Suite” by Stanton Lanier is available in all stores, including Apple Music, YouTube, and Spotify.

About The Outlaw Ocean Project:

The Outlaw Ocean Project is a non-profit journalism organization founded by Ian Urbina that produces investigative stories about environmental and human rights concerns at sea globally. The project seeks to not only produce polished, narrative investigative journalism, but also to amplify that reportage by converting it into other other mediums to reach new audiences all over the world.